The main reason I started this blog was to find out about the origins of the Folksong class, and hence my boat ‘Blue Mistress’. I learnt a great deal and met some good people.

In 2007, thanks to a small note in Sailing Today, I found a new website www.yachtbrochures.co.uk, run by Mike Davies. Included in a very long list of class names is “Folksong, Eric Bergqvist, 1983”. Search over.  Mike replied almost immediately to my email and the transaction was completed within a few minutes. An excellent service. Thank you.

So I received a brochure written for the Southampton International Boat Show, Mayflower Park, 17-24 September 1983 (Stand B10) :

From this I learnt that the Folksong was originally sold as “a thoroughbred cruiser/racer you can afford”.

The builder was Eric Bergqvist, Boatbuilder, The Square, Lymm, Cheshire. 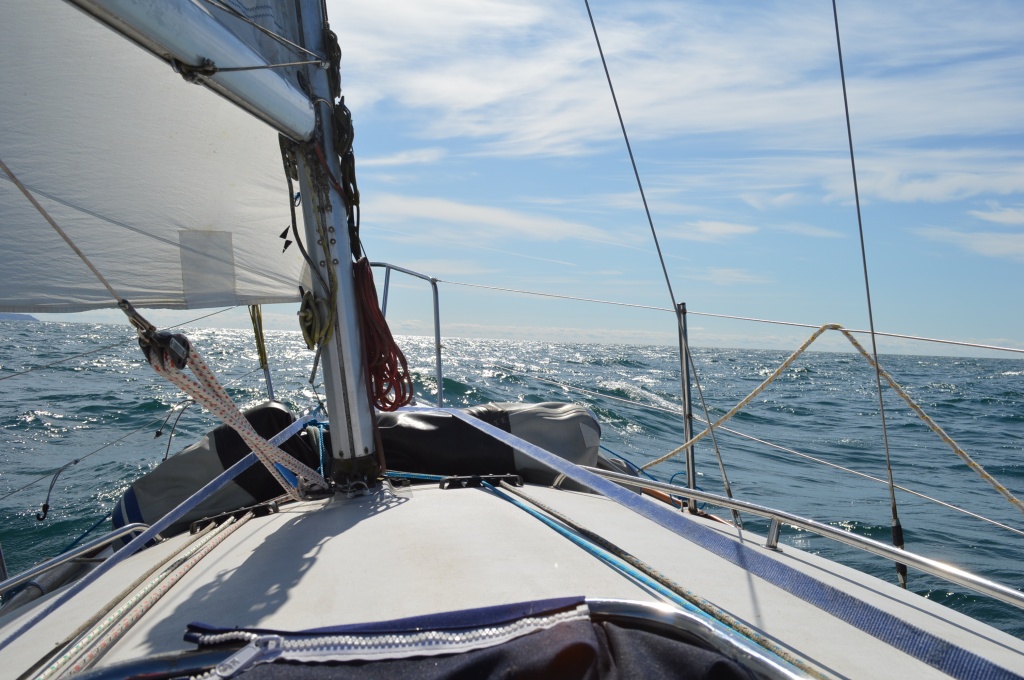 “The Folksong is based on the lines of the Folkboat which was designed in 1941 for a Swedish Yachting Press competition. Over 2000 Folkboats have been built embodying the traditional virtues of a long keel, conventional outboard rudder and seven eighths rig with a sailing performance to match. Although the Folkboat design was intended for wooden construction, clinker and carvel, three fibreglass versions have since been moulded. The Folksong is the only one designed specifically for home completion.

In order to retain both the classic lines and the excellent performance of the craft no attempt has been made to cater for standing headroom. If necessary though, this could be achieved with the use of a spray dodger. The accommodation is not spacious but the layout is flexible. With thoughtful planning and use of timber and fabrics you can create an interior which is warm and comfortable as well as practical.

Twenty five feet is the minimum length of yacht generally considered capable of continental cruising without bravery or heroics. The Folksong is an uncomplicated yacht – economical but with no compromise on safety.”

For early posts on Blue Mistress and the Folksong: On Sailing a Folksong

2 thoughts on “The Folksong”