From my grandfather, via my mother, we had inherited a box of flood-affected old photographs of sailing vessels, including a large number of my grandfather’s trading ketch Ceres.  Among these were several of Ceres in dry dock. 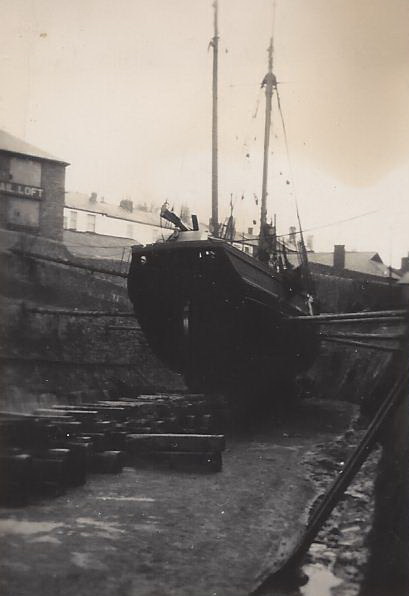 It is obvious in retrospect but it took a little while to establish  that this was Richmond Dry Dock in Appledore. I was interested to see whether the dry dock was still in use. 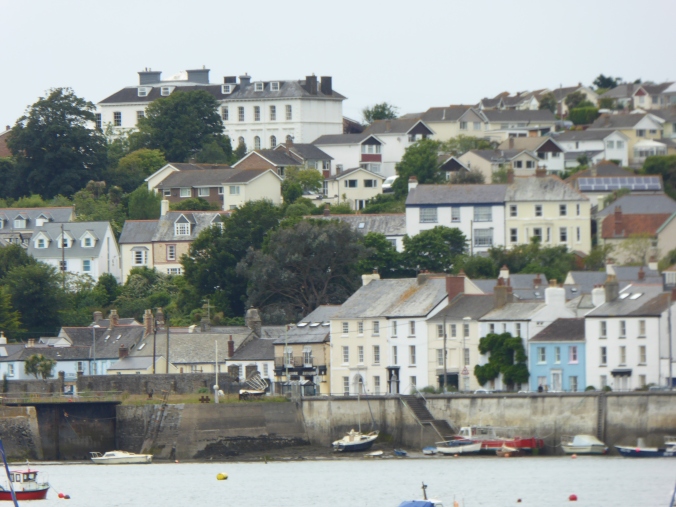 The entrance is on the left of the picture above – (taken from across the water at Instow at the end of June).

Last week, while I was there, a gale was blowing and it started to rain . . . 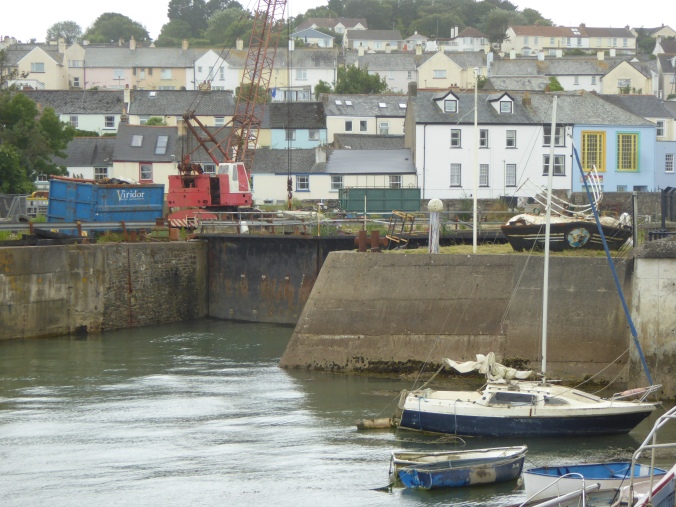 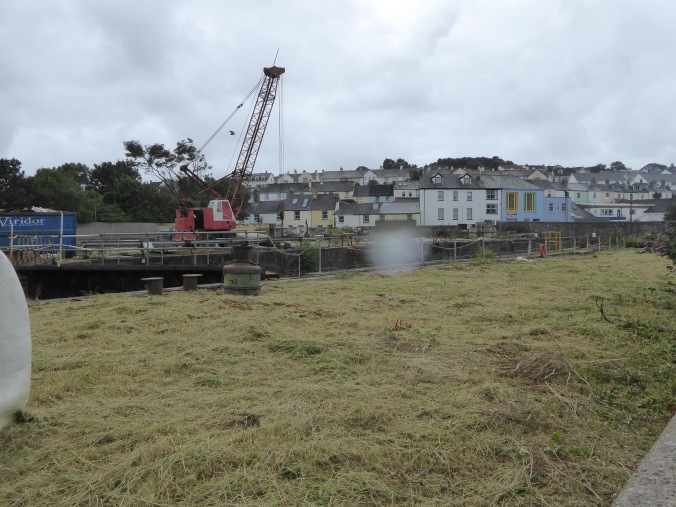 Times and priorities have changed. There are plans to use the dry dock again – but with careful consideration to its surroundings.

The dock was completed in 1856, the idea of James Yeo of Kilkhampton, so that ships  he was building in Prince Edward Island could be completed in dry conditions in Appledore. To get the full details of the history I recommend going to the website . In the meantime, I have taken this paragraph from the website with thanks:

“The first ship to be sailed over from Prince Edward Island, and brought into the Dock, arrived on 17 July 1856. She was a barque of about 1,200 tons called the “Elizabeth Yeo” after William’s wife Elizabeth. The Bideford Gazette described the event as follows: “Flags were waving in all directions, guns firing and crowds of people striving for advantageous positions from which to behold the entrance of the splendid vessel, which was safely brought into the dock and secured amidst the hurrahs of the assembled multitudes.”

There is a long history of Westcountry connections with the eastern seaboard of Canada. Prince Edward Island was an important one.  Previous to this, in the eighteenth century, ships from this area, Bideford, Barnstaple and Appledore, were heavily  involved in the Newfoundland Trade.

The photographs of Ceres were taken, I believe, in the early 1930s – without the flags, guns and hurrahs, although I imagine a sense of relief in getting the work done. These were merchant vessels. Margins were small. Time spent in dry dock meant money out and no money in. 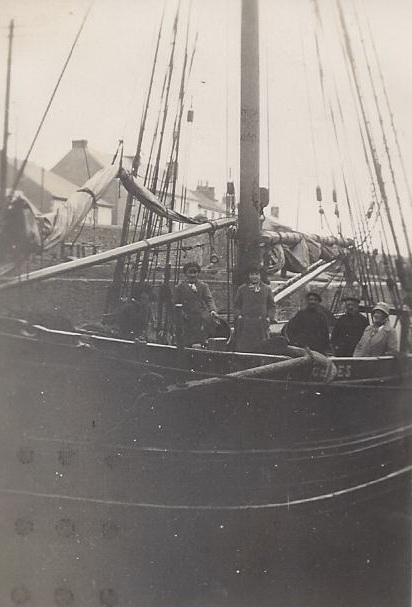 Not a hard hat to be seen!

There were three reasons to come to Appledore – to visit the Maritime Museum (my last post), see the Dry Dock and to view Bideford Bar. The latter is the subject of the next post. In the meantime, here is a flavour of the Appledore I saw: 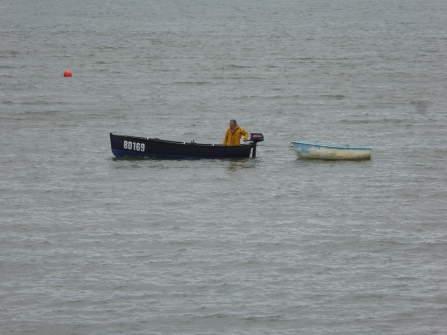 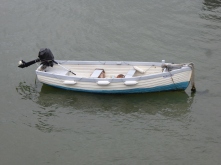 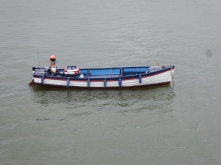 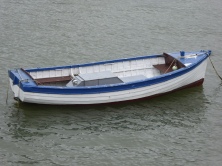 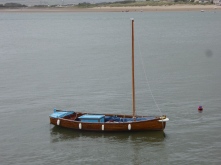 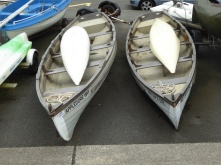 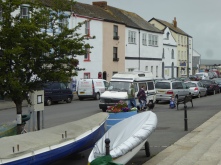 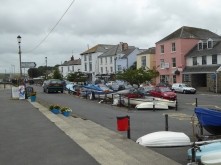 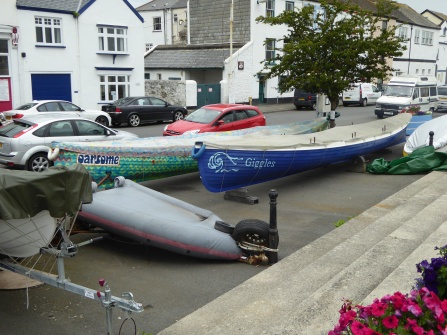 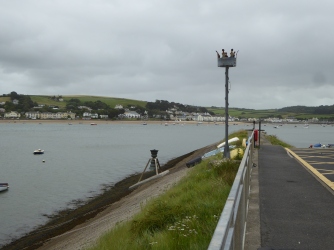 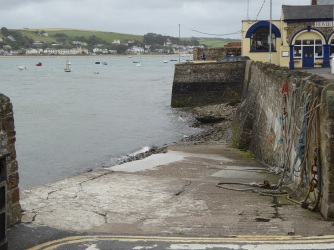 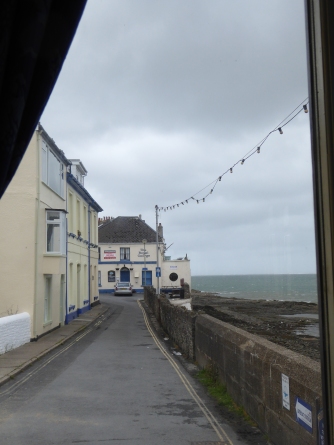 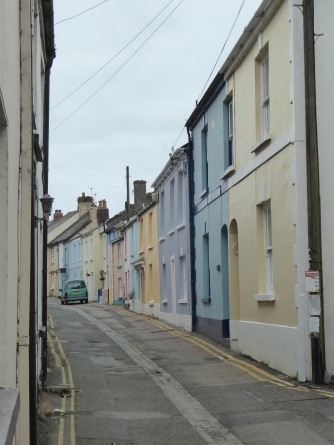 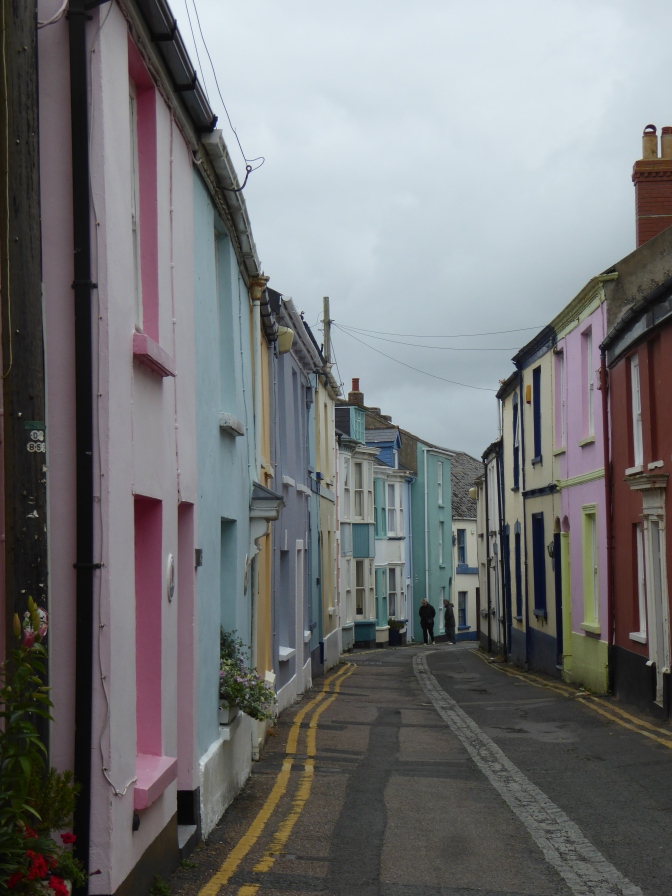 One thought on “A visit to Appledore”