The purpose of the walk was the walk, a small group of friends following the coast. We were surprised and charmed by the sheer variety of flowers.

This became a photo challenge for me which I took on – with the result that I have learnt that I have a long way to go before I master the art of flower photography. Some of the results appear below – with qualifying notes.

This time of the year is Bluebell time all over the county . . .

. . . with Southern Marsh-orchids among them – this one slightly out of focus. (Note to self: spend more time preparing the shot. Don’t rush it, the others will wait).

. . . sprouting from unlikely crevices – pink against the yellow lichen. (Note to self: the colours were stronger in real life. Work on this)

Red Campion. (Note to self: it may have been better to have picked one flower group. There is a focus problem at top of picture)

And Spring Squill, which was delicate, beautiful and everywhere. It was difficult to avoid walking on it. 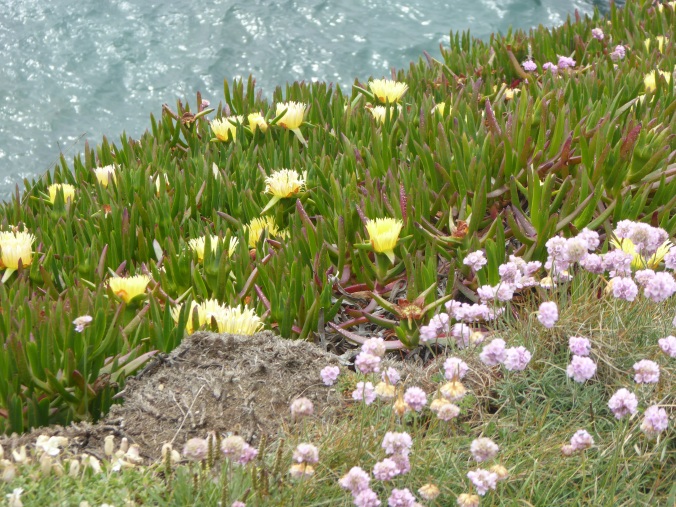 The invasive Hottentot Fig seems to be taking over the tip of the Lizard peninsula.

The yellow flowers above fade to pink on the slope below.

This is definitely not a Cornish plant. 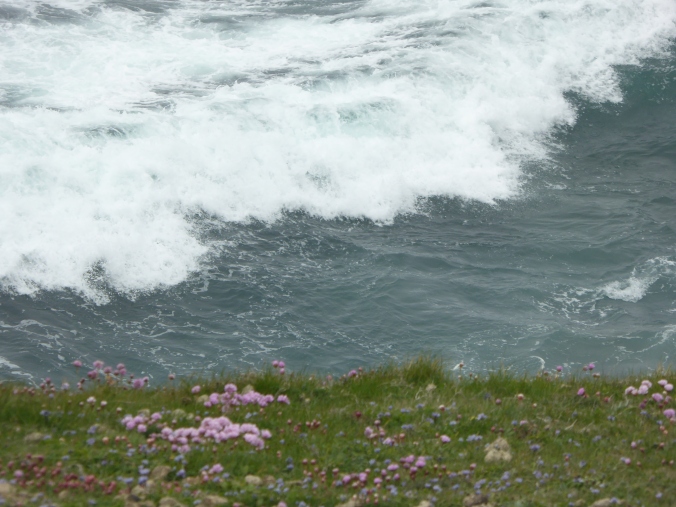 As much as we enjoyed the flowers, the sea constantly vied for our attention. (Note to self: work out how to get the foreground and the background in focus. This shot makes the point about the sea but it would have been good to have the sea pinks in focus too.)

In the process, I learnt about wild flowers thanks to the experts among us. I also now know that we were a only short distance from the habitat of the Cornish Heath (Erica vagans), the native flower of Cornwall, which only grows on the Lizard moors and flowers later in the year.

Learning as I go again. (Note to self: you would have done better if you had done some homework beforehand).