The trip down river had a certain sense of urgency. The sky said it – there was wind up there.

The forecast was for heavy winds, commencing that afternoon and becoming particularly breezy the following day.

My original plan had been to moor to the pontoon just upstream from Turnaware Point that evening and go on to St Mawes the following day before returning to Plymouth on the Wednesday. The forecast spoke otherwise – I would be better to return to a visitors’ mooring in Falmouth Harbour. If the rough seas suggested for the Tuesday looked like persisting on the Wednesday I could take a train back to Teignmouth and return when the weather and family duties allowed.

I had been delayed by the pressure of the tide pinning the boat to the pontoon, but I was still away early in sunshine. Early morning on the river, a new day, an ebb tide, a different view.

The Dona Amelia showed off her finish and her lines – the form and function of what used to be called a yacht and is now called a superyacht: 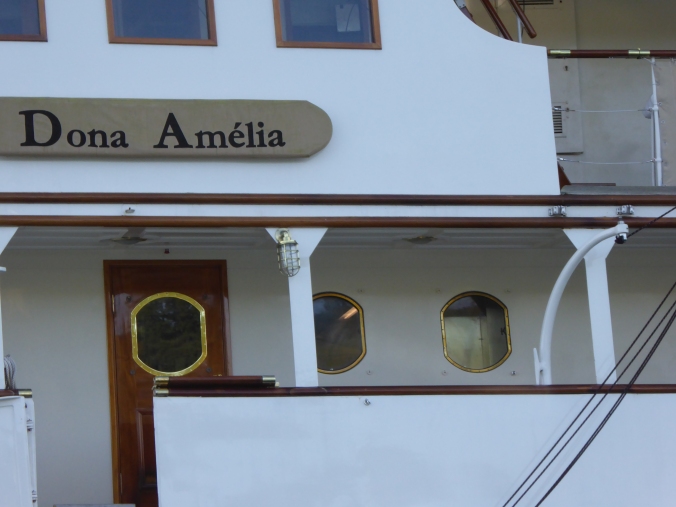 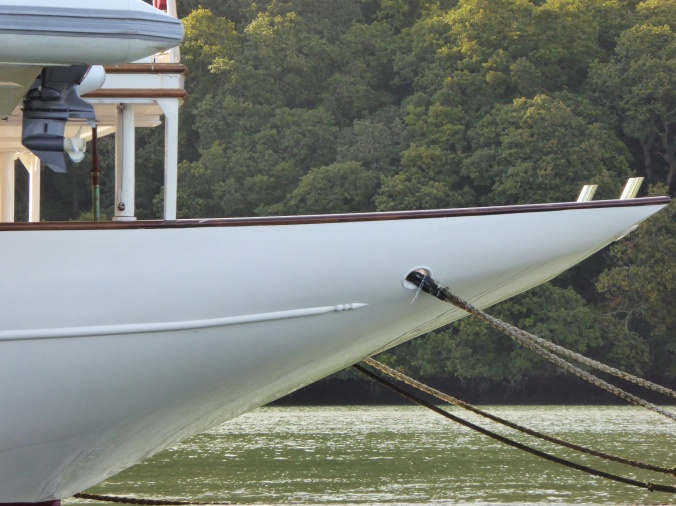 Around the corner the twins, Summer Flower and Summer Meadow – (named I secretly suspected after a shade guide for domestic paints),  combined to show form and function in an industrial light: 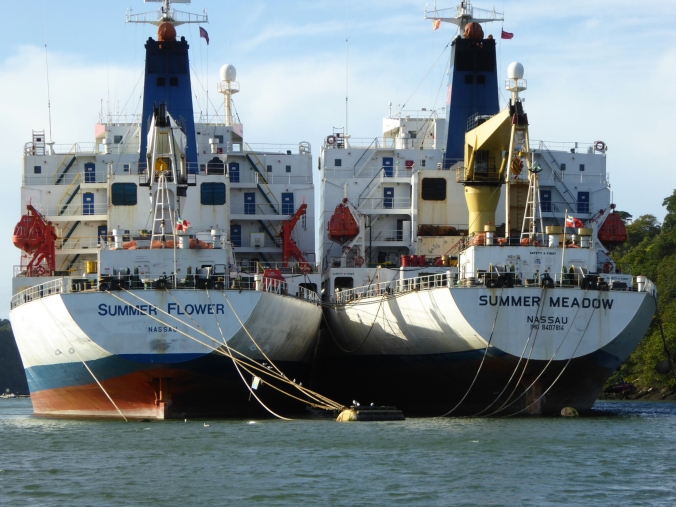 Such is the depth of water on the River Fal that surprisingly large ships can be laid up safely here, reflecting a downturn in one area or another of the shipping industry, only to be brought back into service again during a period of recovery.

And a hundred yards further down, yet another instance of form and function – the King Harry Ferry was crossing ahead.

The King Harry Steam Company was formed in 1888 but there had been a rowing ferry across the river here for at least 500 years before that. In those days, the gentlemen crossed in the boat, their horses wam alongside. Ferries connects places . . . and people . . .  and events.

The current vessel is a chain ferry, coping easily with the 5 metre rise and fall of tide.

Another mile downstream, the pontoon I had originally earmarked for the night.

Here the river turns west and then south again at Turnaware Point to enter Carrick Roads. On the slopes to the north appeared the Trelissick estate – another ‘gentleman’s commodious seat’, now owned for the nation by the National Trust.

At 0930 this Sunday morning, I was surprised to see so many people in its grounds so early – the Sunday dog-walkers out in sociable force.