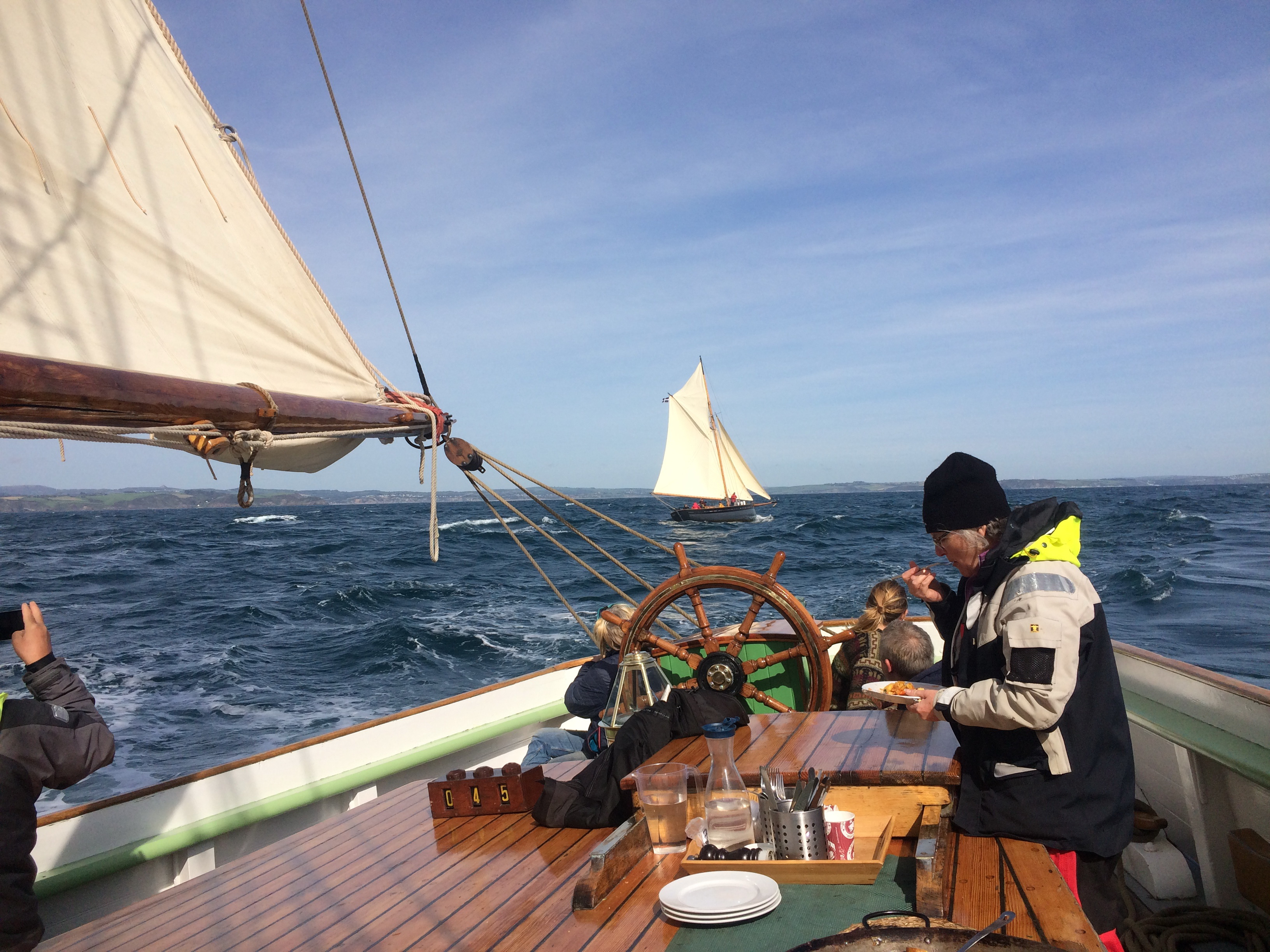 END_OF_DOCUMENT_TOKEN_TO_BE_REPLACED

I have been wondering about the term ‘master mariner’.  An official definition is:  “A Master Mariner is the professional qualification required for someone to serve as the Captain of a commercial vessel of any size, of any type, operating anywhere in the world.”

I’m not thinking of the official qualification, designed to satisfy a regulating authority, I’m thinking of what it takes to be a master mariner in sailing vessels like ‘Ceres’ and ‘Bessie Ellen’.

END_OF_DOCUMENT_TOKEN_TO_BE_REPLACED

Occasionally something comes up that you had never dreamed of . . .

END_OF_DOCUMENT_TOKEN_TO_BE_REPLACED

You carefully pilot your ship into harbour at the top of the tide. You wait until the tide goes out and there is clear ground around the ship. Then you bring the horse and a cart to offload into. The cargo is heavy – coal, or slag, so you harness two horses in tandem to haul the load across the beach and up to the stores.

END_OF_DOCUMENT_TOKEN_TO_BE_REPLACED

I awake to an unfamiliar pillow. I touch my face and it isn’t the face I remember. A stranger looks back at me from the mirror. The post-shower drying ceremony has an extra twist.

Yes, I’m growing a beard. Three whole weeks without shaving my chin – hair is now covering the lower part of my face. Well, more of a stubble really – certainly can’t call it a real beard yet, but the end of the prickly stage, it’s beginning to catch the wind and I am constantly reminded that there is something there.

END_OF_DOCUMENT_TOKEN_TO_BE_REPLACED

Beginning of the season, the RNLI out in force

The beach crew were checking their gear

The lifeboat crew were about to launch on exercise.

Elsewhere, the surf school was in full swing.

I had just been to my favourite bookshop, Books by the Sea, which was fatal. I was walking across a beach carrying two books having narrowly avoided buying a third.

The first was a good copy of Eric Hiscock’s Voyaging Under Sail, a 1977 edition of a book originally published in 1959. It is a companion to Cruising Under Sail which I bought many years ago.

Eye-brows are usually raised when I return home with more ‘boat books’. The question has even been asked, “Why buy books when you can get most of the information for free in easily digested packages via Google?” Well, maybe you can, but you don’t get the author.

Even if the technology is outdated,( and it certainly is in the chapters on electrics and photography), Eric and Susan Hiscock’s books reflect their day-to-day learning from their own experience and their continual application of other ideas that they have picked up in their travels. The knowledge, skills and attitudes reflected here are hard won,

Put glibly, their’s is on-the-job learning. Those of us who spend a lot of time book learning a) should get out more, and b), as importantly, should very carefully pick the authors we learn from. With that in mind, the Hiscock’s books should be compulsory reading for anyone who wishes to put their nose beyond the breakwater.

I was dubious about the second book, then bought it anyway – The Design of Sailing Yachts, by Pierre Gutelle.

This is technical stuff. “The author first considers the air, wind, water and wave and then goes on to the theory of aero- abnd hydro-dynamics and such topics as friction, form-drag, cavitation and viscosity. There follow chapters on the equilibrium of both transverse and longitudinal stability of sailing yachts . . .”

It is full of diagrams, graphs and formulae, a combination that I would normally run a mile to avoid. However, I made myself comfortable in my mother-in-law’s front room, ignored the football on the television and had a go. A while later, I realised I was absorbed. This was physics at a much higher level than I normally tackle, put in a way that I can understand. Extraordinary!

Sailing Blue Mistress has taken on a new dimension. 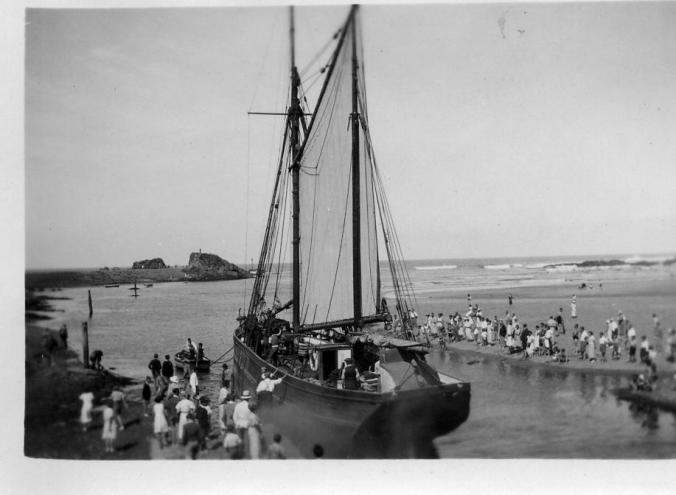 On the back of this photograph, my grandfather has written, “Can see her noble shape in this.”

For the previous sets here, here, here and here, for an overview of the harbour at Bude here 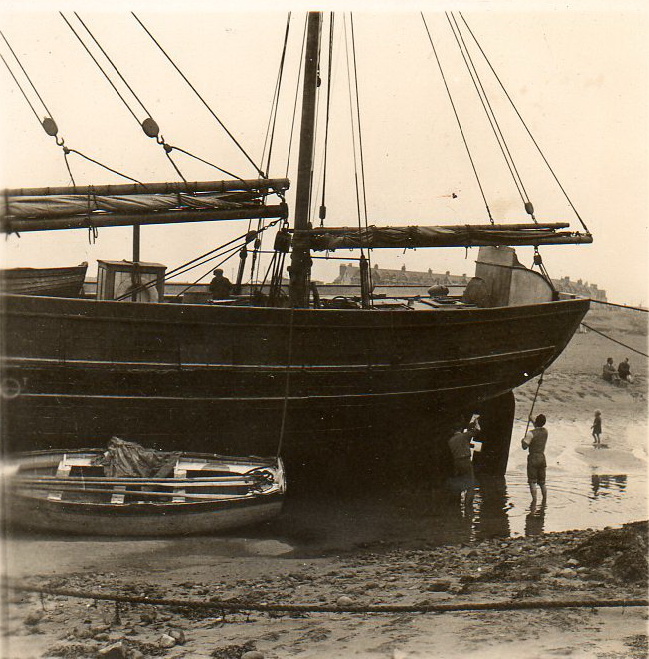 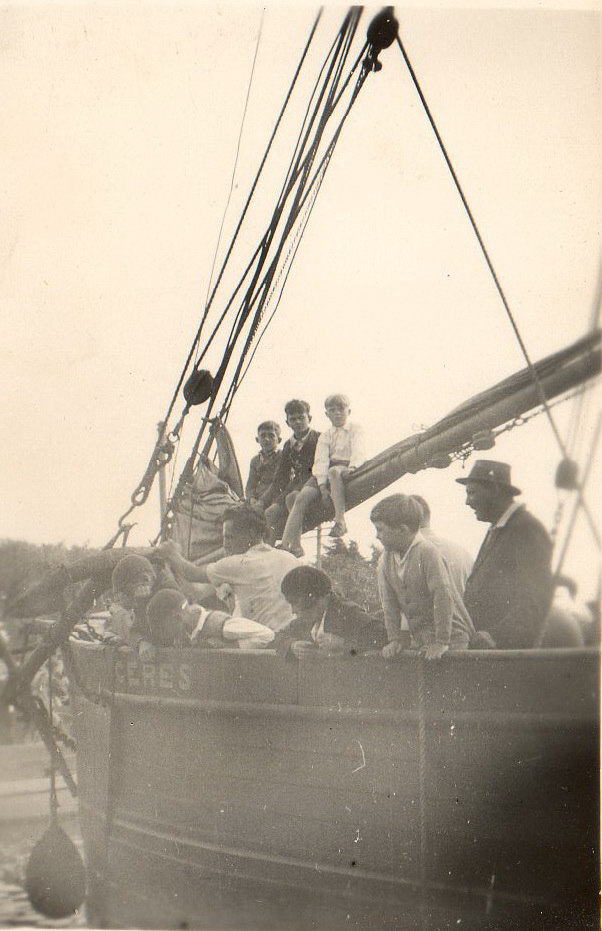 “Mr Health and Mr Safety, all of these children gained from the experience.”

The definition is not so good in the photo, but the sentiment is.

For the previous set here, here and here, for an overview of the harbour at Bude here

The turn-around had to be quick and slick between tides . . . 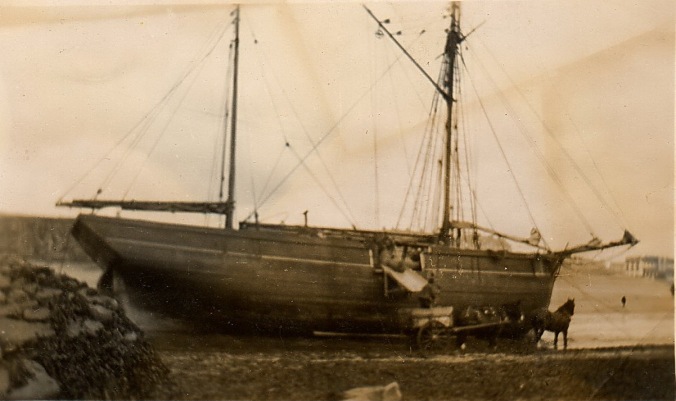 Horses worked better then vehicles on the beach, but . . . 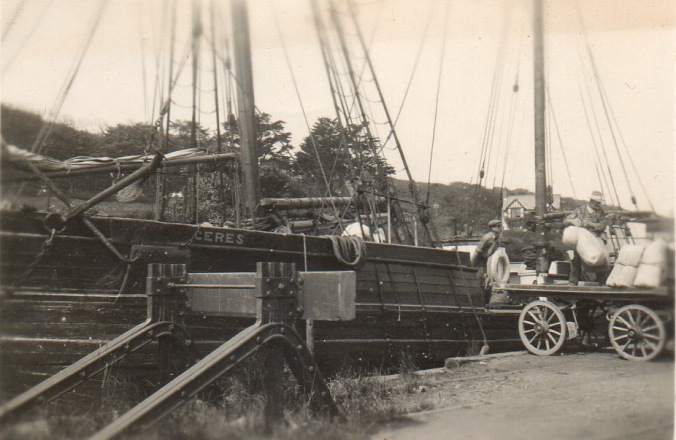 . . . here, on the lower wharf in Bude Canal Basin, the trains are preparing to take over.

For the previous set here and here, for an overview of the harbour at Bude here

These photographs were taken at full tide.

A few hours later, she would be high and dry on the sand.

The hobble boat taking a line to the mooring post 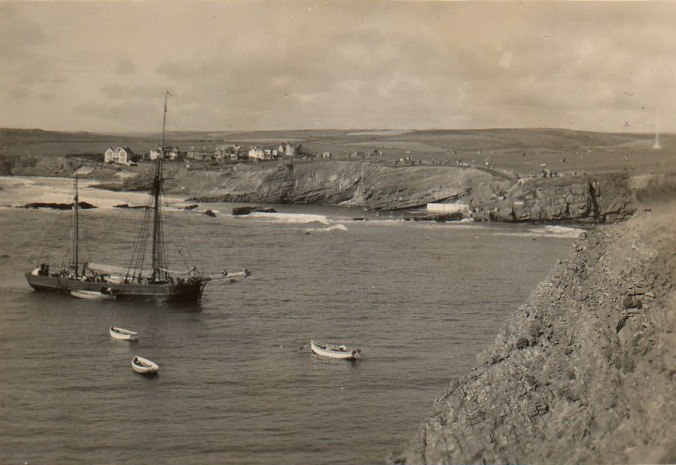 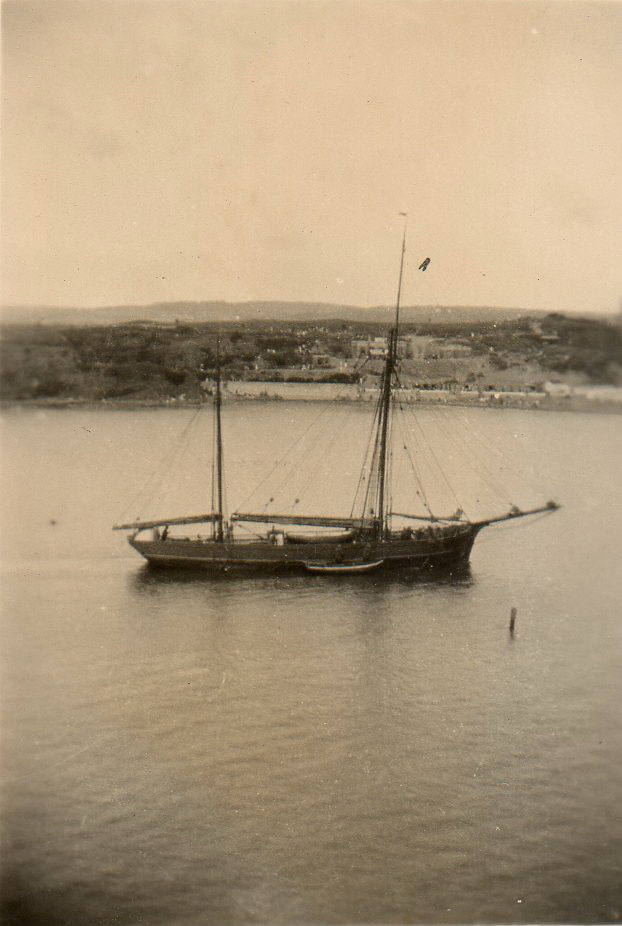 For the previous set here, for an overview of the harbour at Bude here