We were in Falmouth at the weekend and walked to Restronguet on Saturday.

A crab sandwich and a pint of Tribute at the excellent Pandora Inn. Against the quay, two hundred yards away, this: 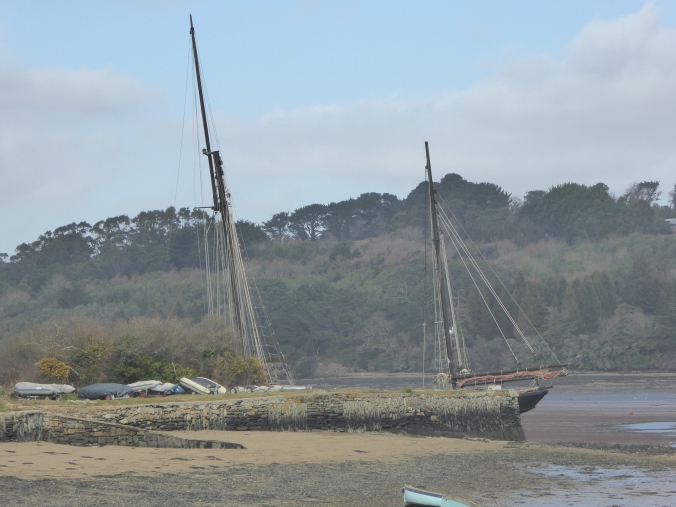 I can’t possibly leave it at that. The tide has just started to flow so, risking wet feet: 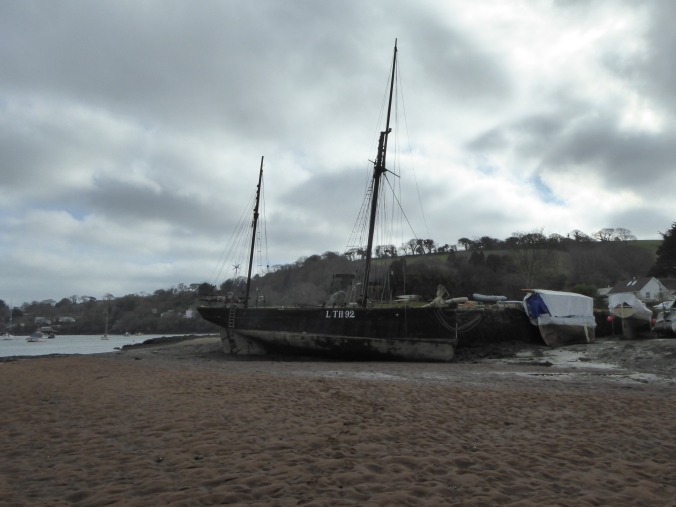 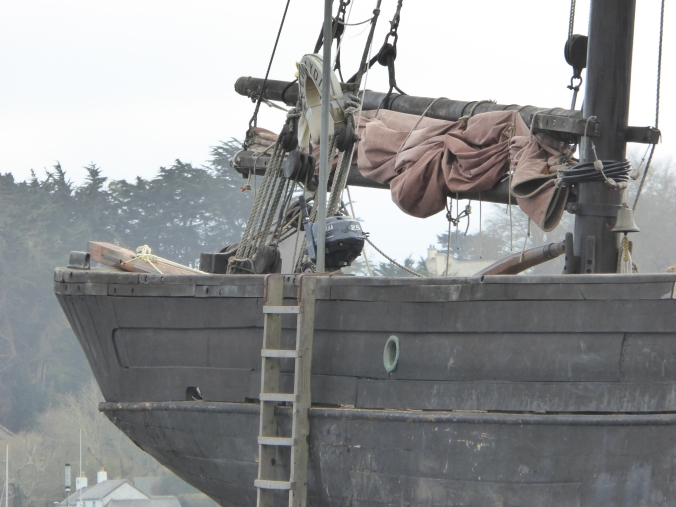 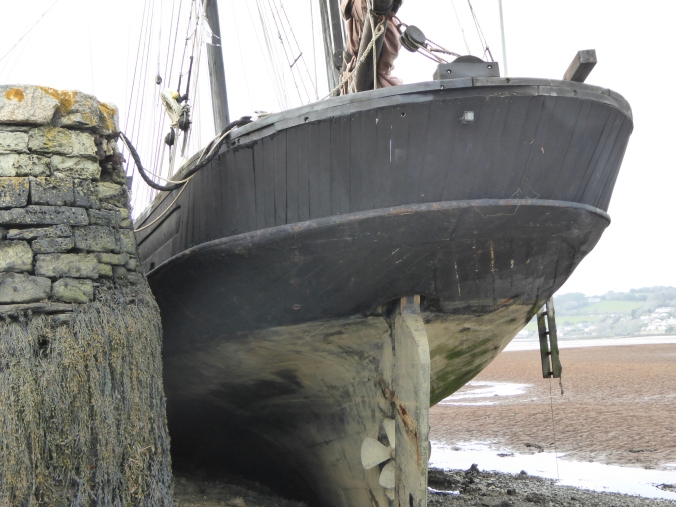 This is Keewaydin, built in 1913 at Rye by G & T Smith for Lowestoft owners – an east coast trawler, built to fish the North Sea banks.

You can read about her here. What was so common is now so rare.

My interest, of course, lies in the comparison:

Ceres was built two years short of 100 years before Keewaydin as a single-masted trading smack. Fifteen feet was added to her and she became ketch-rigged. Her 70 feet makes Keewaydin approximately 8 feet longer than Ceres.

Early in the Twentieth century, while Keewaydin was fishing the North Sea, Ceres was trading in the Westcountry. The means of propulsion was the same. The difference lay below the surface – the bluff Westcountry trader, built to carry heavy cargo, against the fast east coast fisherman, built to carry a perishable cargo quickly back to port.

(Top five images – and wet feet, by Bill Whateley, the image of Ceres by Petherick)