We spent yesterday morning at the City of Exeter Regatta, a triumph of organisation and lycra. 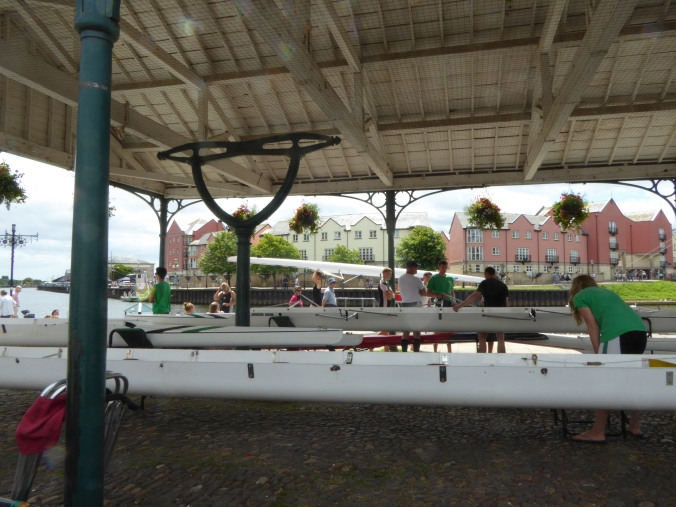 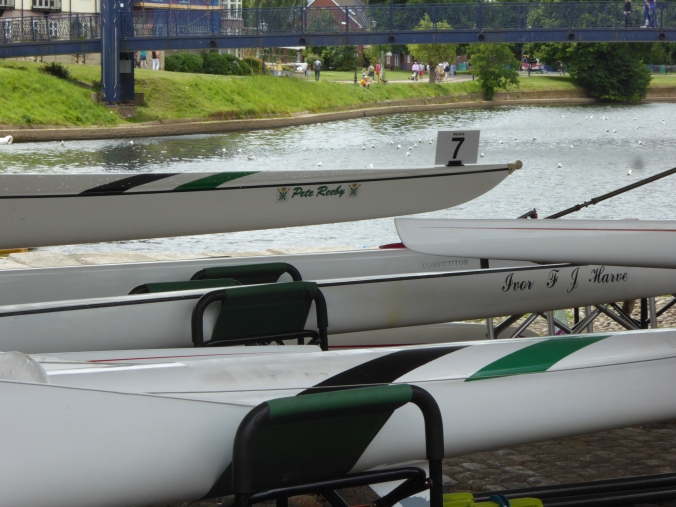 Exeter stands at the head of the Exeter Ship Canal, first opened into the Exe Estuary in 1701 and then extended in 1825-27. Throughout the eighteenth and nineteenth century the quay would have docked wooden sailing ships, sometimes singly, sometimes in lines, all trading through Exeter.

The boats above are sitting in the Transit Shed, added in 1820. I wonder what a seaman of 1820 would have thought of the use of their smart new shed in 2015.