“The 125 years old “Ceres”, veteran of the merchant service, her course now run, lies at the bottom of Bideford Bay, somewhere off Baggy Point.

The “Ceres” sprang a leak on Tuesday night while on a voyage from South Wales to Bude, and foundered after her crew had put off in her boat and had been picked up by the Appledore lifeboat. The Captain is Mr Oswald Jeffery, a married man, whose home is in Richmond Road, Appledore, and the mate Mr Walter Ford, a married man of Irsha Street,  Appledore. They reached Appledore in the lifeboat at about 11 o’clock, and on arrival the Rev Muller offered a short prayer of thanksgiving for their safety.

Captain Jeffery said,” We left Swansea on Tuesday bound for Bude with a cargo of slag.  Because of the weather we intended to go in over the Bar for the night as it was too rough to venture on to Bude.  At 8 o’clock I went below to rest for an hour, leaving the mate in charge.  An hour later he told me there was water in the engine room. We manned the pumps. We tried to get the ship over the Bar, but the water made her roll badly, and I gave the order for the ship’s rowing boat to be launched. I fired two rockets, and we abandoned the vessel. We lay in the shelter of the “Ceres” which was sinking, and were taken onboard the lifeboat.”

Dr. Valentine stood by in case medical assistance was needed, but although wet through, neither the captain nor his mate appeared any the worse for this ordeal.

The “Ceres” was owed by a Bude firm of coal merchants, and was built in Salcombe.

“. . . lies at the bottom of Bideford Bay, somewhere off Baggy Point.” 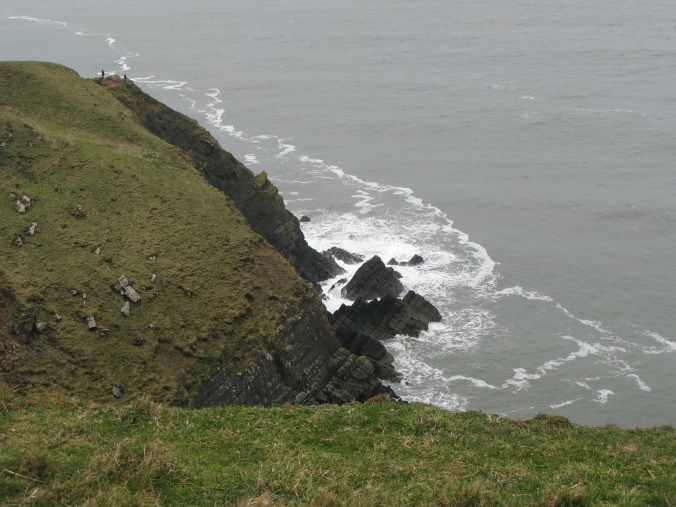 The day was hazy with rain forecast for the afternoon.  The air was warm for March – the sea calm, Lundy Island almost lost in the haze.

There is a green navigation buoy off the Point, guiding ships away from the rocks that mark this coast. 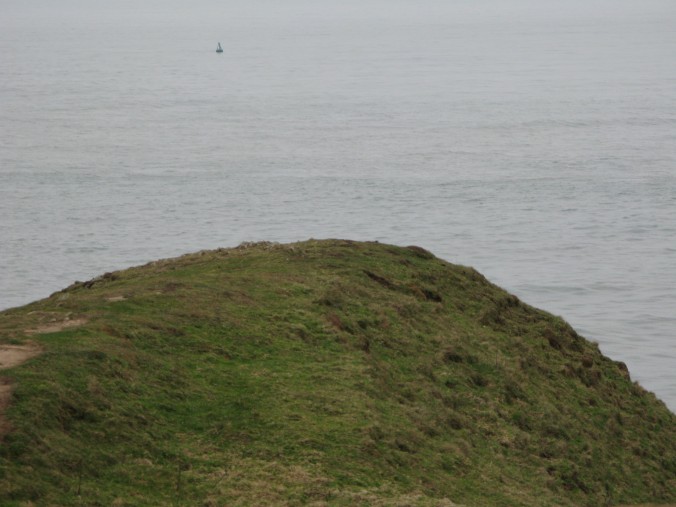 I wondered if it was there the day Ceres went down.

(Which reminds me, the original charts still exist. I will check and let you know.)

You have to get close to the Point and then start to climb down before you discover just how spectacular it is.

The sea and the weather whittle away at this coast hour on hour, day on day, year on year, century on century.

The climbers on the rock face are lost in the sculpture.

This is no place to be late at night in a westerly gale.

“. . . Because of the weather we intended to go in over the Bar for the night as it was too rough to venture on to Bude.”

It is approximately 12 nautical miles across Bideford Bay from Baggy Point to Hartland Point and another 12 nautical miles or so down an inhospitable, west-facing coast to the difficult entrance to Bude Haven. 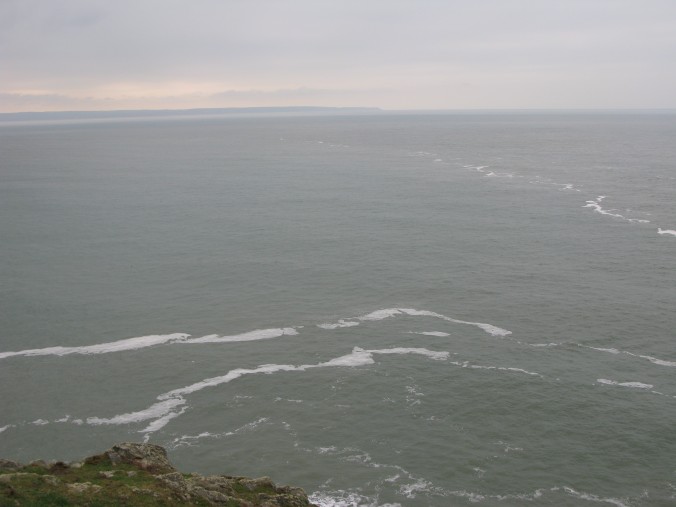 Better to make for shelter inside Bideford Bar and accept the twelve nautical miles from there back to Hartland Point as a cost worth bearing.

In noting the features of navigating the Bristol Channel  the Cruising Almanac states:

“There are races off many headlands in particular Hartland Point and Bull Point on the S side and St Gowans Head, Oxwich Point and Mumbles Head on the N, together with dangerous races, the Hen and Chickens and White Horses off the NW and NE of Lundy and also S of Lundy. Overfalls are widespread, sometimes in mid-channel and a short, steep sea sets up quickly with wind against tide . . .”

There are two footpaths from Baggy Point to Croyde.

The lower one gives a perfect view of the Bay across to Bideford Bar. 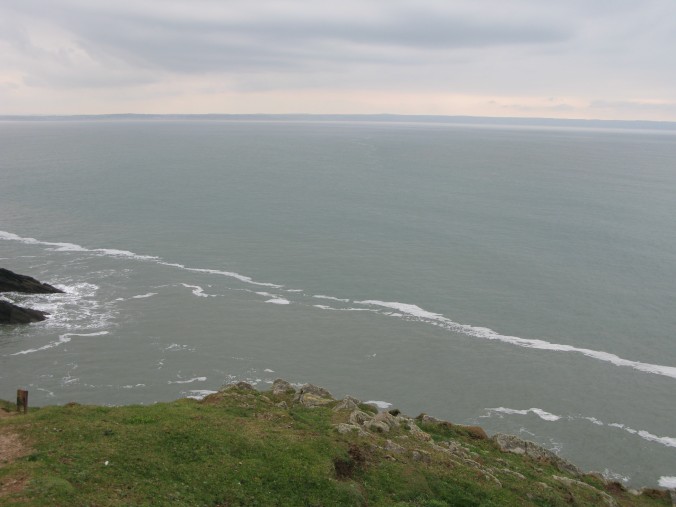 The Cruising Almanac again: ” Bideford Bar has about 1m (at LAT – the lowest depth at the lowest of low spring tides). Bar and sands are continuously shifting and buoys may be moved to allow for this. It is dangerous if a heavy ground swell is running. Oc Ldg Lts are moved to suit the fairway. If a sea is running on the bar a good rise of tide should be waited. Under bad conditions the entrance may be difficult and dangerous . . . The tide may be awaited in Clovelly Bay with winds S of W. . . 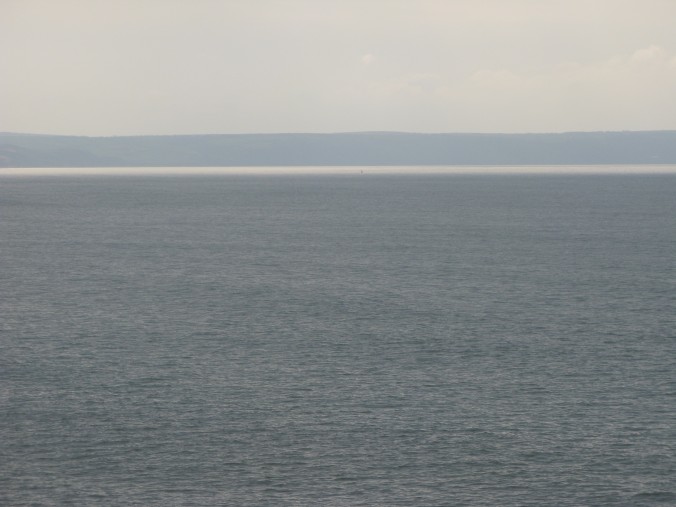 So there it is: in the middle of the thin line of sunlit water across the Bay, the Bideford Fairway buoy can be faintly seen . . .

. . . and somewhere beneath this Bay lies Ceres.

. . . . and I am left wondering how the loss of a sailing vessel so long ago can be so deeply moving to someone who wasn’t even born then.

What was it about those ships?

But time it comes to ships and men when sailing days are past,

Even such as hail from Devon where they mostly build to last,

And the water kept on gaining spite of all that they could do.

And she foundered at the finish there in sight of Appledore.

And her bones’ll never flicker blue on any ‘longshore fire,

And hear the vessels passing by, and dream about the past,

And the great old times in Devon where they built her once to last.

One thought on “Ceres – a suitable resting place”